Here is the write up and pictures for the Puffing Billy trip as told by some of the participants.

Pete Myers said: A beautiful sunny morning saw eight hardy phortographers up early in time to photograph the first Puffing Billy service to leave the station and pass over Selby Bridge. Unfortunately the light was not great, too many harsh shadows!

Undeterred the group moved up to the lakedide station at Emerald where a few more latecomers joined the group. By this time, over a dozen strong the group tried valiantly to get some decent photos despite the harsh light and strong shadows.

At one stage we had both a steam train and a diesel train in the station so we had no shortage of photo opportunities…just harsh light. Still, we persevered and rewarded ourselves with a picnic lunch under the shade of a lakeside tree and enjoyed by all.

Pete Davies said: Sunday the 28th of March was a lovely day to be outside but unfortunately the bright sunshine meant that there were some harsh shadows and blown out highlights. “Never mind” I thought, “there’s always a photo to be had regardless of the situation” so I went hunting. First stop was the Selby bridge where we arrived about 45 mins before the train. Plenty of time to dip my waterproof camera in the little creek running under the bridge. I’m sure there are more than a few shots of me bending over dunking my camera in the stream. I staked out a spot that I thought would be a good vantage point for the the passage of the train and waited for Puffing Billy to arrive. When it did I snapped off a few shots and immediately regretted my choice of position. What I should have done was take the harsh light into consideration and use it to my advantage, some silhouette shots for example.

Next up was Emerald Lake Park where everybody eventually arrived (some hours later than others but I’m sure Beaconsfield was nice too!) and we again shot the train in motion as it pulled into the station. Once again the light was against us, it was a camera club trip after all, and now there were people everywhere as well. Even so I still spent a good hour or more snapping away and chatting to fellow members before retiring under a lovely shady tree for a spot of lunch.
After lunch I again went on to the platform, this time to shoot a different engine. Whilst doing so a few of us got chatting with the crew and a couple of us even got into the engine’s cabin and were able to take some pics from there.
Next stop was my house where Dave, Fred, Ross and I sat around and had a couple of drinks and got to know each other better. Naturally the kangaroos didn’t show up until everyone was getting ready to leave but Dave and I still managed to fire off a few frames. There was some quite nice back lighting to highlight the kangaroos outlines and with the help of Dave’s monster lens I got my best ever roo shot.
All in all it was a top day out despite the conditions (for photographing) and I am very much looking forward to the next one. Botanic Gardens in the city on the 3rd of May. 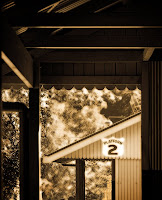 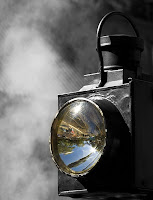