Last night’s (Tue 16th Jun) workshop night was a huge success with approx 39 members and guests attending. Many people commented on how they enjoyed George’s sound triggered flash setup. There was also a still life table which attracted several photographers, beginners and experienced alike. I think that all who participated would join with me in thanking George Skarbek for his efforts and help with what was a great club workshop evening.

By far the main event was the sound triggered flash help upstairs in Wadham House. Thanks to George who brought in his equipment, members were able to photograph balloons full of flour bursting, light globes being smashed and party poppers being fired.

The basic idea was that around 8 photographers would setup their cameras, hand held or on a tripod, at F/5.6, ISO200 and 4″ exposure. Everyone then obtains a good focus whether manually or auto (Nikons were a pain due to there auto focus assist lamps), the light is then extinguished and the shutters are pressed. After 1 second, george would carry out his action whether it be dropping a dart on a balloon or hitting a light globe with a small hammer. The sound of the balloon popping or hammer hitting glass would then trigger the flash and the exposure was taken. The light monitor person would then count to 3 in their head and put the light back on and in the meantime the shutters set at 4 seconds would have closed and we all would admire the images that we had taken.

Adjusting the time when the flash fires was done by simply moving the sensor back and forward and George advised that 10cm of movement would change the time by 1,000th of a second. Many people commented to me on how they really enjoyed the night and a good number took away plans provided by George to attempt to build their own systems. 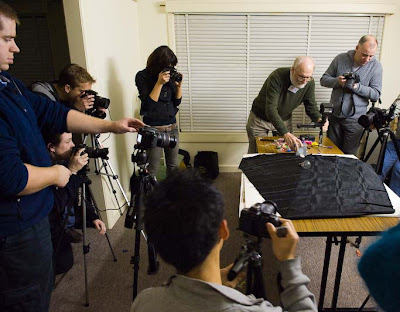 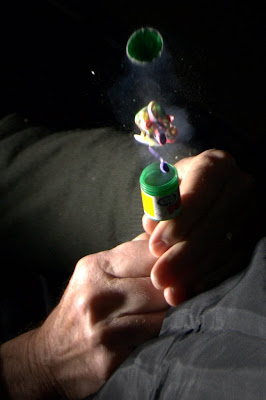 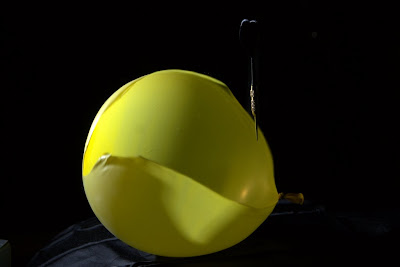 Balloon ripping apart after being punctured by a dart. 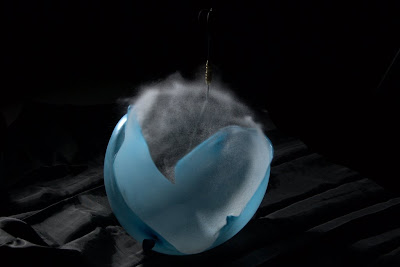 The same as above but with flour in the balloon.

Downstairs saw a still life workshop and this definately played second best to the sound triggered flash running upstairs. However, because of the limited space upstairs, the still life gave an alternative whilst we waited for our turn. It nearly didn’t get off the ground because although people were asked to bring in things to use as still life subjects, only Pete Davies and I remembered and fortunately we had several items to use. 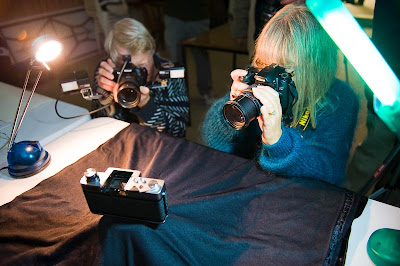 Anne and Fred at the still life table 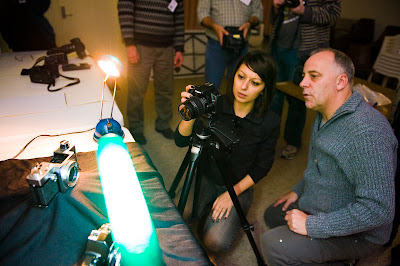 Thankfully, the Pete had also brought in a couple of lamps and a black back cloth so the still life session managed to go ahead. Several people had a go at this and many found that the particular setup was suited to B&W and I saw some great attempts including this one taken by Rosie Armitage. Rosie is new to the club and is in the beginners class, she took the shot with her pocket camera and it came out very well.

Well done to Rosie for getting in there and having a go whilst the others were just stood around talking about it. 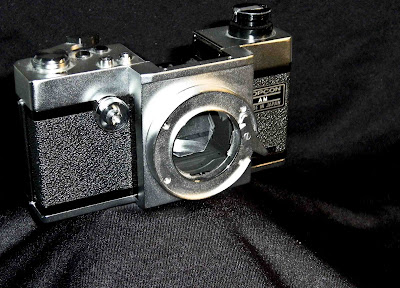 Thanks to all who attended the night and made it a huge success especially to George for bringing and operating his equipment. Thanks also to all who helped organise the night.