The WCC had its Labour Day trip to Beechworth from 6th – 9th March 2009. the trip was a huge success eventually attracting 15 members. The text below was written by Dave Sumner and snippets taken from Peter & Jill Myers Blog. Pictures of the weekend can be viewed on the club image gallery.

Fred also went out of his way to give me the benefit of his experience in the area and I would have struggled a lot more without his help. He also showed me the Eldorado dredge, which is a fascinating relic of the alluvial gold mining days in the district from back in the 1930’s.
Pete’s Comments: I was the last to arrive in Beechworth on the Friday night and didn’t catch up with most people until the next day. Saturday was the highlight for me as we got to go back to Bridge Road Brewery and sample their rather tasty wares. It was a fantastic opportunity to sit around and get to know some of my fellow camera club members (and their partners) as I often don’t get the chance to even say hello at our regular meetings. Of course we talked about all things photographic but we also just chatted as friends. This conversation was continued back at the priory while we had a BBQ and for a couple of us (a certain newsletter editor and I) it even continued back out on the deserted streets of Beechworth long into the night. A thoroughly enjoyable day in what was a great weekend all round. 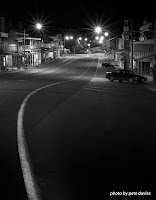 Christine & Ron’s Comments: For me and Christine, the Labour Day weekend means Camera Club outing. We have been going for about 15 years now, so we must enjoy them. These outings are not all about photography, Chris does not take photographs, but we do try to take a few photos. We usually get out into the bush and do some walking, maybe a BBQ, visit a pub or two and have a meal at a nearby restaurant. This visit to Beechworth had all of that. Here is one of my photos taken on the walk up Mt Buffalo from Lake Catani. 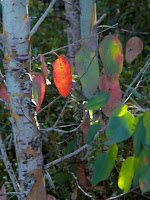